Reflections on COVID-19 by Rev. Dr. Mikie A. Roberts

Over the few short years that I have been on earth I have lived through some tough times. My first memory was of the very strong 7.5 Richter Scale earthquake that struck my home country of Antigua on October 8, 1974. I still have vivid memories of that early morning tremor as we all rushed to get out of our house. Even though we got outside safely, the ground beneath us kept moving and everything, and I mean everything around us was shaking in ways one could never imagine. Growing up in a region that is prone to earthquakes there were many others though, not as heavy as that of 1974.

Then there were hurricanes. My first was 1989 with Hugo. I still remember the sound of ferocious winds and incessant rain. We had boarded up for safety but nothing we had done could have kept the roof in place. Few hours into the storm the house roof went flying. We ran for our lives from one part of the house to the next. All this in darkness as the hurricane came through at night. Though there have also been other hurricanes and tropical storms since 1989, nothing could have prepared me for the 2017 double whammy of Irma and Maria. The memories are still fresh in my mind 3 years later. And at the end of the Irma and we stepped outside I swore that someone had dropped an atomic bomb around us. By God’s grace, we survived.

We all have life-impacting experiences that shape how we respond and react to other experiences.

And as I reflect on mine, I realize that even though I have lived through some of mother nature’s fierce fury, this is the first time that I’m living through a pandemic. And this time things are different. Earthquakes are sudden and are either strong or weak. They are over in minutes. Hurricanes you can prepare for. You see them coming. You know there are two main things to look out for – damages from the combination of water and wind. Afterwards, the sun comes out and life is stressful without electricity, water and other comforts that the hurricanes have removed. But with a pandemic, a virus is invisible. There’s no Richter Scale to say how severe was the shaking. There’s no Saffir-Simpson scale of category 1 to 5. Instead, pandemics are measured by other numbers: how many infections, rate of infection and number of deaths. In earthquakes you run out. In hurricanes, you batten down. In pandemics you’re told to keep your distance and stay at home.

But this feels strange. When I look around, I don’t see buildings swaying or flattened. Neither do I see roofs blown off or windows shattered, or places flooded. Yet the sense of fear and panic is just as present, maybe even more. The disruption is not localized but globalized. From political leaders to the unknown citizen, from ‘royalty’ to ‘commoner’, from ordained to laity, from educated to illiterate, from rich to poor, from religious to agnostic and atheist, from young to old, from imprisoned to free, from refugee to resident, from health care worker to patient – everybody is now at the mercy of a virus. For the first time in this generation we have finally come to realize there is no distinction in humanity. Though we have constructed barriers based on race, class and other variables, we now see that these sickness and death care nothing about these.

COVID-19 has underscored the truth of Ecclesiastes 9: 12 “People can never predict when hard times might come. Like fish in a net or birds in a trap, people are caught by sudden tragedy.” At this time so many people are pointing to those who predicted or prophesied about these times. We ponder, are we in World War III? Are we witnessing what Scriptures foretold would be the signs of the end of the world? Instead of complicating this any further, I would call your attention to today’s FF which is DON’T PREDICT, INSTEAD PREPARE. That may raise a whole other series of questions like – what exactly to PREPARE for; how to PREPARE; what ways to PREPARE? And there may be other questions that emerge. To that I simply say, PREPARE in every way: spiritual, emotional andphysical. Ultimately, here’s what earthquakes, hurricanes and pandemics have taught me and hopefully will teach all of us – PREPARE today for tomorrow. So might we choose not to focus on the predictions but our level of PREPARATION. So DON’T PREDICT, INSTEAD PREPARE!

God, help us to use today to make the necessary preparations for tomorrow. Help us to prepare our souls, minds and bodies so that we can face the unknowns of tomorrow knowing that you are always with us. Amen.

About Rev. Dr. Mikie A. Roberts 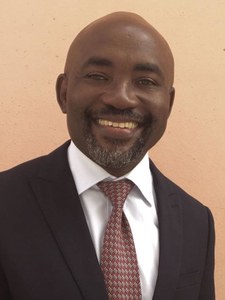 Rev. Dr Mikie A. Roberts is an ordained minister of the Moravian Church. Since February 2019, he serves the World Council of Churches as Programme Executive for Spiritual Life and for Faith and Order. Hailing from the island of Antigua, his most recent ministry assignment was on St Thomas (US Virgin Islands). Rev. Mikie has previously served the Moravian Eastern West Indies Province as provincial director of music. He holds degrees in theology and sacred music from the University of the West Indies, and the Westminster Choir College of Rider University, respectively, as well as a PhD in Liturgical Studies from the University of Birmingham, UK. The reflections were shared by him with the World YWCA.